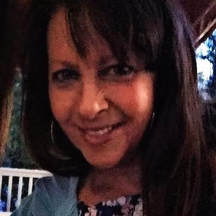 Jane Arochas
​Jane is a newly retired teacher of 31 years in the Vineland Public School system. She is an active board member of New Jersey Literacy Association and Past President of RCSNJ (Reading Council of Southern New Jersey). Jane received a BA from Rutgers University, MA from Rowan University in Curriculum and Supervision, and holds certifications in Reading Recovery, Orton-Gillingham, Early Childhood and Elementary Education.

Jane is passionate about her work in Literacy and the Arts.  After Hurricane Sandy, she teamed up with Usborne Books to assist in rebuilding school libraries throughout the state of New Jersey. “Restore the Shore through Literacy” raised over $75,000 in free book donations for schools affected by the hurricane.

​As former choral and drama director at her school, Jane continues her involvement in the Arts. She received the International Reading Association “Reading Excellence Through the Arts Outstanding Literacy Arts Educator Award”. She currently books assemblies which incorporate Music, Literacy and Character Development. 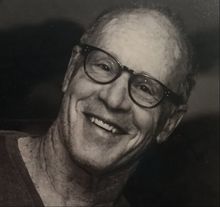 Stephen Smith
​Stephen has believed in cultivating the reading habit since his own children were toddlers, and he has witnessed his eight grandchildren dive into books since an early age.  His brother taught elementary school in Camden, N.J. and he is married to a retired high school English teacher, so there is a family connection to the Booksmiles vision. Professionally, Steve focused on the use of information technology to improve business performance during his career at IBM, Ernst & Young, and Arthur Andersen.  He is excited about applying his professional experience in systems and business process improvement to help Booksmiles establish an effective infrastructure and grow beyond its initial success in the Lindenwold School District. ​ 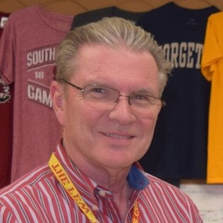 Jim Ward
Jim followed a degree from Rutgers with a Master's from the U. of Maryland. After active duty as a Marine Officer, Jim designed and ran a leadership school for Navy and Marine officers and NCOs for 12 years, teaching across the country.  He was Secretary of the Marine Corps Scholarship Foundation and served on the Board of Directors. Jim's civilian employment started in sales and human resource, with most of his career as a lawn care franchisee with branches in NJ ad VA.

After retirement, Jim has been working as an Educational Assistant in Haddonfield, NJ.  In 2015 he began a literacy project called "Camden Reads", placing books in Camden elementary schools.

Jim was the founding President of his homeowner's association and is a frequent (and high scoring) golfer.  He and his wife Susan live in Marlton, NJ.  They have four children and six grandchildren.